The luxury urban resort is the recipient of two esteemed awards, one international and one domestic. 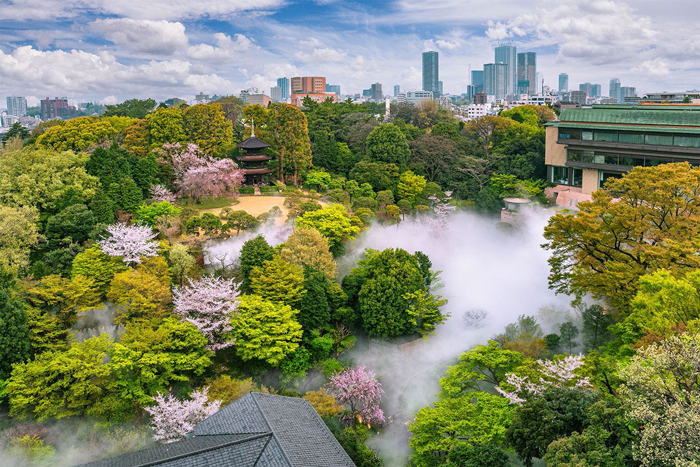 Hotel Chinzanso Tokyo has been recognized as a top hotel worldwide for its ambience and design. It won ‘Best Hotel Ambience in the World’ at the Prix Villégiature Awards 2022 and the Silver Award in the ‘Entertainment & Creative/Art Space’ category of the Kukan Design Awards 2022.

The Prix Villégiature Awards is an international hotel awards program with a history of nearly 20 years. This year, 22 prominent journalists from around the world nominated 247 hotels across five continents to select the Grand Prix in a variety of categories. On October 17, 2022, an awards ceremony was held in Paris to announce the winners, where Hotel Chinzanso Tokyo was awarded the first place in the category of ‘The Best Hotel Ambience in the World.’

The hotel’s expansive traditional Japanese garden played a large part in its nomination and subsequent win. The garden’s standout feature is the ‘Tokyo Sea of Clouds,’ which enshrouds the entire area in mist several times a day. It also celebrates not just four seasons but seven. Whether it’s cherry blossoms in March, fireflies in June, or the Forest Aurora light display in November, each month brings a new experience.

Shinsuke Yamashita, General Manager of Hotel Chinzanso Tokyo, expressed his delight and gratitude. “I am very honored that the Tokyo Sea of Clouds and the seven seasons were recognized both in Japan and abroad. I would like to thank everyone involved. Like many others, we have gone through a challenging time since the pandemic. We hope that many visitors will have the opportunity to experience the healing power of our stunning garden, and that these awards will help to promote tourism.”

About Hotel Chinzanso Tokyo
Hotel Chinzanso Tokyo is one of the city’s most iconic luxury hotels with 70 years of history. The property includes 267 guest rooms/suites, nine restaurants, 38 meeting/banquet rooms, and a full-service spa with a Japanese onsen. Its award-winning garden has a wide variety of botanicals, including more than 100 cherry trees and 1,000 camellia trees. The standout feature of the garden is the ‘Tokyo sea of clouds,’ a recreation of the natural phenomenon that can usually only be found in the mountainous regions of Japan. The hotel is owned and managed by Fujita Kanko Inc., a publicly-traded tourism industry corporation headquartered in Tokyo.