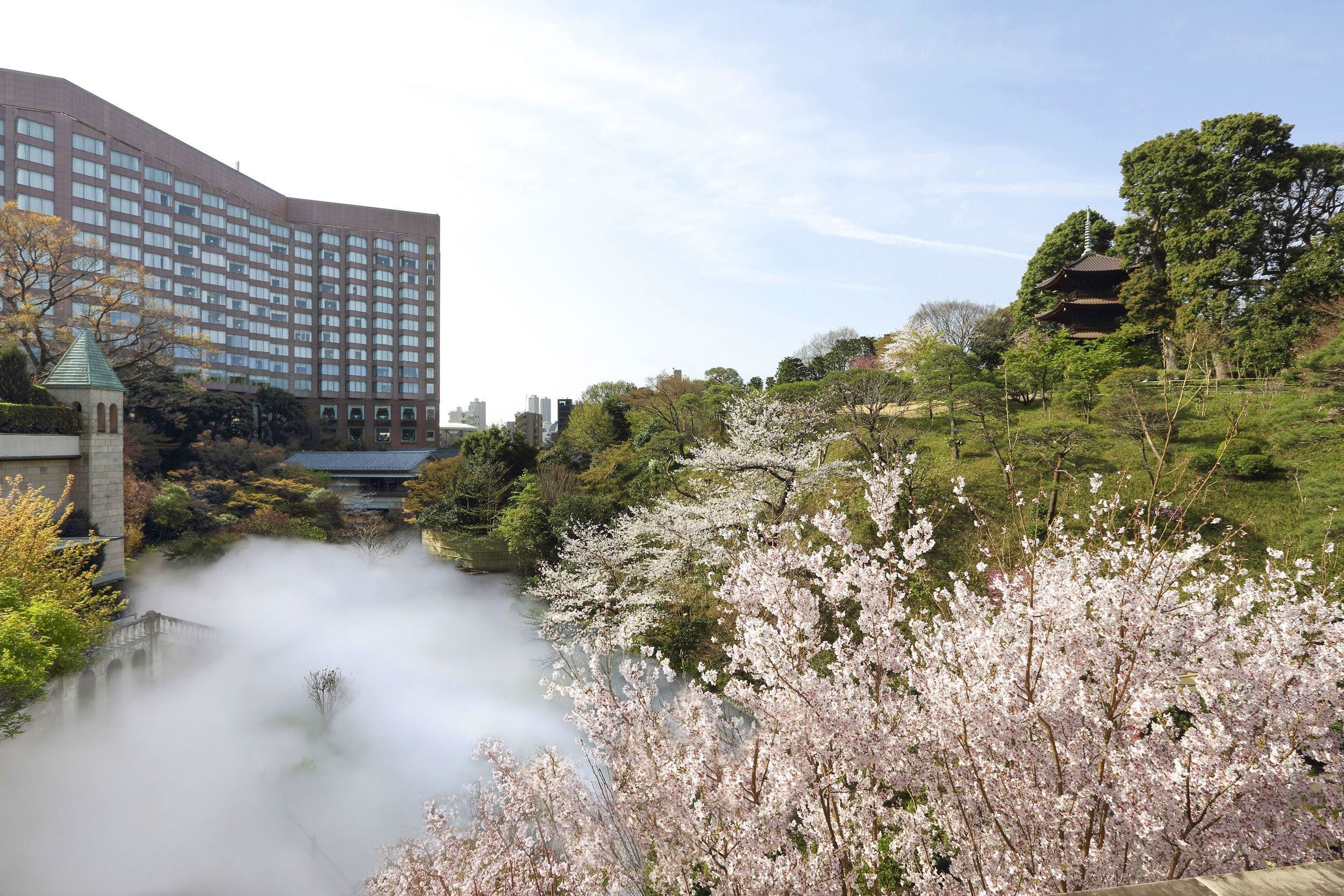 February xx 2022, Tokyo – Hotel Chinzanso Tokyo, a luxury urban resort known for its expansive Japanese garden, is celebrating its 70th anniversary this year. To commemorate the occasion, the hotel is planning events throughout the year.

Japan is known to have not four, but 24 individual seasonal divisions. Hotel Chinzanso Tokyo has created different experiences and events for seven of these seasons, starting with the cherry blossom season.

Chinzanso Garden is home to more than 100 cherry trees of 20 varieties, which bloom from mid-February until April. To celebrate, the hotel is planning sakura (cherry blossom) and tsubaki (Japanese camellia)-themed ‘Flower Sensation’ events and menus from February 8 until April 10, 2022.

Another feature of the garden is the Tokyo Sea of Clouds, first introduced in October 2020, in which a sea of mist is cast over the entire garden. During cherry blossom season, the mist has a soft pink hue to match the color of the cherry blossoms. An additional 10,000 lights are added to enhance the nighttime cherry blossom viewing experience.

This milestone anniversary has given the hotel an opportunity to review its core purpose. “After reviewing feedback from our employees and guests, how we compare with our competitors, and the history and meaning of our garden, we have come to the conclusion that our purpose is ‘to continue to be a timeless oasis for everyone,’” says Shinsuke Yamashita, the hotel’s General Manager.

He adds, “We are ready and waiting for the opening of Japan’s borders, and are looking forward to the day that we can welcome our overseas guests with open arms.”

There will be other special events for the remaining seasons, including firefly season in May, ‘Cool Summer Season’ in July, and holiday season in December.

About Hotel Chinzanso Tokyo
Hotel Chinzanso Tokyo is one of the city’s most iconic luxury urban resorts. The ‘hotel in the clouds’ includes 267 guest rooms/suites, nine restaurants, 38 meeting/banquet rooms, and a full-service spa with a Japanese onsen. Its garden, boasting a 140-year history, has a wide variety of botanical species, including more than 100 cherry trees and 2,300 camellia trees. The standout feature of the garden is the ‘sea of clouds,’ a recreation of the natural phenomenon that can usually only be spotted in the mountainous regions of Japan. The hotel is owned and managed by Fujita Kanko Inc., a publicly-traded tourism industry corporation headquartered in Tokyo that operates 68 properties in Japan. November 2022 marks Hotel Chinzanso Tokyo’s 70th anniversary.