November 14, 2022, Tokyo – Fujita Kanko Inc., a leading Japanese hospitality company, celebrates the 70th anniversary of its flagship hotel, Hotel Chinzanso Tokyo, this month. Fujita Kanko owns and manages the luxury hotel, which is best known for its magnificent vast Japanese garden, precisely a green oasis in the middle of Tokyo that encompasses numerous botanical species including 100+ cherry trees and 2,300 camellia trees as well as historical artifacts, making the property truly a one-of-a-kind urban resort and a Japanese gem. 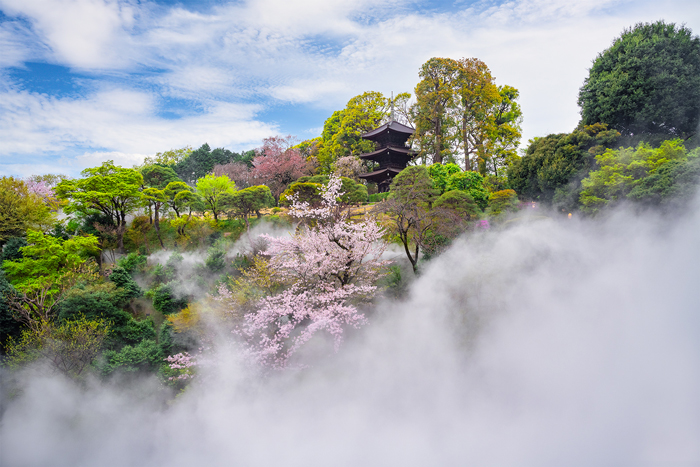 The property was once a residence of Gensui Prince Aritomo Yamagata (1838-1922), a statesman, who named it “Chinzanso,” meaning a “villa on the hill of camellia,” since the scenic location had been famous for abundant wild camellia trees. Baron Heitaro Fujita then acquired it, and the Chinzanso garden was opened to the public in 1952. Consequently, Fujita Kanko was established in 1955 to grow Fujita’s hospitality business, and the company has pioneered in the field.

About Fujita Kanko
Fujita Kanko Inc., established in 1955, is a publicly-traded tourism industry corporation headquartered in Tokyo. In addition to its core hospitality business, it operates wedding and banquet facilities, high-end resorts, leisure facilities and related services. It has 68 properties/facilities, including 35 mid-priced hotels in the Hotel Gracery, Washington Hotels and Hotel TAVINOS groups, and its flagship, Hotel Chinzanso Tokyo, which was rebranded and reopened in January 2013.