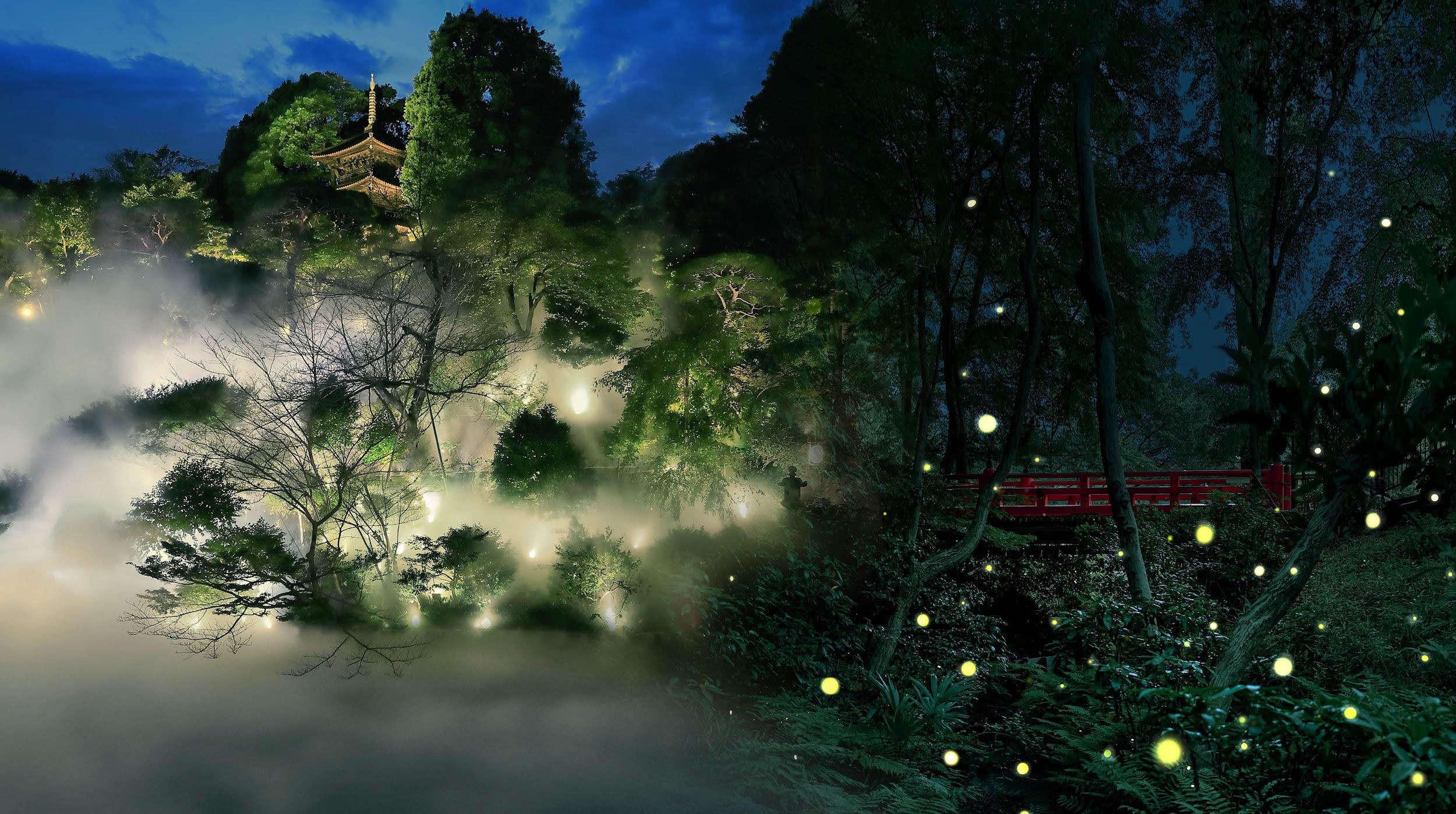 April 26 2022, Tokyo – An urban resort in the heart of the city, Hotel Chinzanso Tokyo offers a special firefly viewing event every May. The event, which also includes firefly-themed menus, is particularly popular among families, children, couples and friends. This year, visitors can enjoy firefly-lit nights in the garden from May 20th until July 3rd.

Chinzanso Garden first established itself as a prime location for firefly viewing in 1954. It was originally an event for children, meant to give young ones living in Tokyo the opportunity to see fireflies. The garden’s main firefly species is Luciola cruciata, called “genji-botaru” in Japanese. These fireflies are large and emit a bright green light.

To commemorate Hotel Chinzanso Tokyo’s 70th anniversary, the hotel will be offering two dining events this year: the Evening of Fireflies Dinner Buffet and the Tokyo Sea of Clouds Restaurant.

The buffet will feature a variety of Western, Japanese, and Chinese-style dishes, including beef stew, marinated cod, roast beef, and firefly-themed dishes. Children can enjoy a summer festival themed food corner with classics like french fries and yakisoba.

The Tokyo Sea of Clouds Restaurant is a limited-time event that pairs dining with views of the sea of clouds. From May 20 to July 3, guests can dine on French specialties. It also features an edible sea of clouds, a seasonal amuse buche to celebrate early summer.

The hotel has other family-friendly features and facilities. Toddlers and infants stay for free, and families may rent extra beds for children or babies free of charge. It also has babysitting services, special amenities such as toys and coloring books for children, and nursing rooms. Guests may also rent strollers or hire a photographer to capture special moments.

About Hotel Chinzanso Tokyo
Hotel Chinzanso Tokyo is one of the city’s most iconic luxury hotels with 70 years of history. The property includes 267 guest rooms/suites, nine restaurants, 38 meeting/banquet rooms, and a full-service spa with a Japanese onsen. Its garden has a wide variety of botanical species, including more than 100 cherry trees and 1,000 camellia trees. The standout feature of the garden is the ‘Tokyo sea of clouds,’ a recreation of the natural phenomenon that can usually only be spotted in the mountainous regions of Japan. The hotel is owned and managed by Fujita Kanko Inc., a publicly-traded tourism industry corporation headquartered in Tokyo.